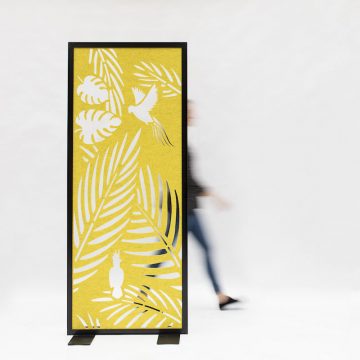 To divide a space and create some privacy, BuzziFalls is a playful variation in our acoustic solutions range. These strips are made out of BuzziFelt with cut out shapes in various patterns from organics to geometrics to city skylines. This design is a playful solution to regulate sounds and create smaller areas in big spaces.

Bring the skyline into your daily life. Why stick to New York or Chicago when there are so many other beautiful skylines in the world? Pinpoint the Eiffel Tower in the Paris skyline or spot Big Ben staring out over London’s most striking contours. Also in the mix is San Francisco’s impressive skyline, which we cut out of the sound regulating BuzziFalls to give a lift to every space.

The BuzziFalls Rail enables BuzziFalls to be slid with ease — creating movable room dividers that shift from private to public space. Running on a single three-meter track, panels slide from left to right. To create the effect of sliding doors, install two layers of parallel tracks for the rails. BuzziFalls can be attached directly to the surface of the track rail or suspended and exists in a black or white color. 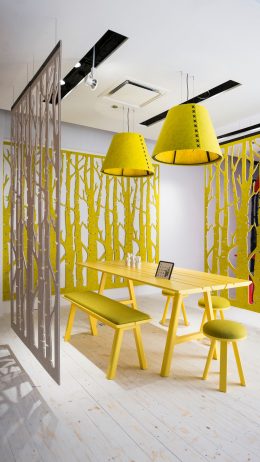 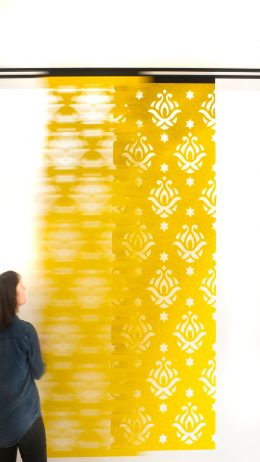 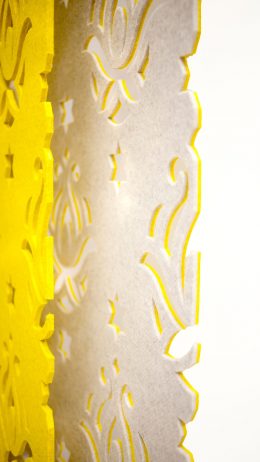 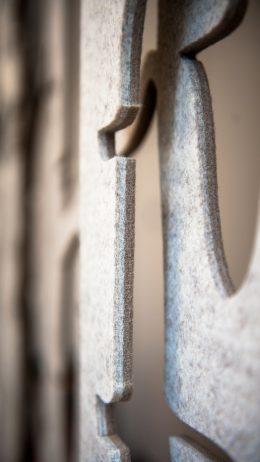 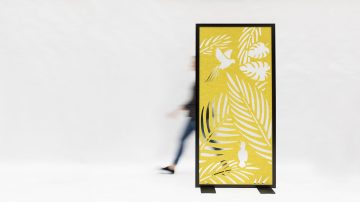